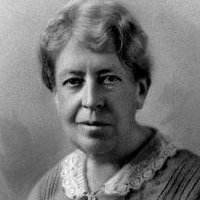 Mary Whiton Calkins studied at Harvard, although she was never given approval for formal admission. She studied with some of the most eminent thinkers of the time, including ​William James and Hugo Munsterberg, and completed all of the requirements for a doctorate. Despite this, Harvard refused to grant her a degree on the grounds that she was a woman.

Regardless, Calkins went on to become the first female president of the American Psychological Association. During her career, she wrote over a hundred professional papers on psychology topics, developed the paired-association technique, and became known for her work in the area of self-psychology.

While Harvard may have refused to grant her the degree she rightfully earned, that didn’t stop Calkins from becoming an influential psychologist.